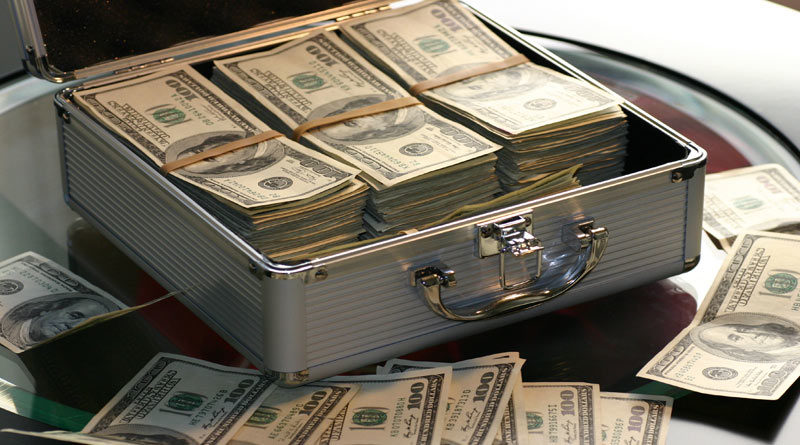 Everyone has days when they want to quit. However, new entrepreneurs especially have those days when giving up feels like the best option because it’s the easiest. Choose today not to take the easier road, but to press on. Don’t quit! You may be giving up more than you realize if you do.

To give you some inspiration to not give up, here are the stories of 6 entrepreneurs who have stood where you stood and persisted on. The mark of their success is not how high up they are now, but how much they have overcome to get there. When you start from the bottom like these entrepreneurs, the path is never easy. But the outcome means all the more to them.

Mariah Coz, Founder and CEO of Femtrepreneur

Mariah Coz began her journey with $0 in savings, no steady income and the occasional dumpster dive for food. As she puts it, “We all start from the bottom.”  Along the way, Coz picked up a few different sources of income, from selling her clothing online to blogging about how to renovate a vintage camper. Her niche interest in vintage campers sparked up a lot of opportunities for Coz, but she still didn’t have the freedom she desired.

Coz had to make some decisions about what it was she really wanted. She cut back on some opportunities and focused instead on fewer projects that brought in more revenue. That was when Coz created Femtrepreneur, a site dedicated to giving women business advice and support, something she had become an expert in. Now, Coz’s small website has become a seven-figure business.

“YOU CAN START NOW WITH WHAT YOU HAVE, WHERE YOU ARE, NO MATTER WHAT SITUATION YOU ARE IN!”

You know him for his pizza, but before “Papa” John Schnatter became a household name, he was just a kid washing dishes. His dad owned a local bar that struggled financially. When he returned from college, Schnatter sold his prize Camaro to save his father’s business. Schnatter started selling pizzas out of the broom closet of the bar to make a little extra cash.

It ended up making a lot of extra cash. Schnatter’s pizza side business was making almost $3,000 more in sales than its competitors. He decided to franchise, and has since become one of the newest billionaires. And yes, he bought back his old Camaro, to remind himself how a little sacrifice can make a huge difference.

Paul Ruitenberg dropped out of college to start his first business decorating store windows and interior displays. Ruitenberg had no previous design training, but started attracting clients by going door to door. Getting his big break crafting displays for American Airlines, his business suddenly took off. Ruitenberg was making $4 million a year in sales.

His story doesn’t end there. While living the life of luxury, Ruitenberg’s wife and children left him around the same time when his COO suddenly died of cancer. In this vulnerable state, Ruitenberg merged with a partner who quickly pushed him out of his own company. He spent all his money to pay for his legal battles and was left with nothing. Ruitenberg went from living in a mansion in Martha’s Vineyard, to living on the streets.

But he did not give up. Building himself back up, Ruitenberg remarried and worked to buy a store-display business from one of Ruitenberg’s former competitors. He’s back in the business now, working with his new wife and making over twice as much as he did before.

“MY FAMILY AND I ARE THANKFUL FOR ALL THE ADVERSITY, AS IT HAS LEAD TO BIGGER AND BETTER THINGS THAT OTHERWISE COULD NEVER HAVE BEEN IMAGINED.”

When she was 27 years old, Tiffany Pham was working 3 jobs to get by. But she wanted something more in life. While still working around the clock, Pham taught herself how to code. Within a couple of weeks, she launched her website, Mogul. The site is directed towards women, giving them a space to publish or access articles from other women around the world.

Within a week of launching, Pham had over one million users. Seeing this rapid success, Pham reached out to investors. Showing them the numbers was enough to receive funding, and now Mogul continues its success making a difference in the lives of thousands of women.

Ellen Bennett had the dream of attending a high-end culinary school and becoming a chef, but her single mother couldn’t afford it. Instead, Bennett went to a less-expensive culinary school in Mexico. She moved back to the states after graduating, finding a job as a humble line cook. While working in the food industry, Bennett found her niche. She was dissatisfied with how the cooks’ uniforms looked and felt.

With no startup money or design skills, Bennett began Hedley & Bennett. Her purpose was to make uniforms that were functional as well as comfortable for kitchen crews. In the beginning, Bennett would cook meals for people who could teach her the skills she needed to start designing and creating aprons. She started small, but her company now sells aprons to over 4,000 restaurants worldwide.

“EMBRACE THE BUMPS IN THE ROAD. THEY ARE THE ROAD.”

Bert Jacobs grew up in a home just outside of Boston, not having much from his dad’s low-paying job. Yet every day, his mother would say to her kids at the dinner table, “Tell me something good that happened today.” This inspired in Jacobs and his siblings an optimistic attitude that stuck. Leaving home, Jacobs and his brother used their love of art to design t-shirts they sold on the street. For five years they traveled cross-country in an old van selling t-shirts, but with little success.

One day while traveling, the two brothers talked about how the media was always promoting negative stories. They wanted to create a brand that could be “a rallying cry for optimists,” and Life is Good was born. They stumbled onto success very quickly after that: in 3 years they made $3 million in sales.

Jacobs says, “I think operationally we were making every mistake in the book. But the brand was strong, and the emotional connection to the consumers was strong.” Their now $100 million company continues to give back to the world.

If you haven’t found your niche yet, if you keep facing setback after setback, if you don’t know how your business will stay financially afloat, find the strength that lies within you. Keep moving forward like these entrepreneurs before you.

BEFORE YOU GIVE UP, WALK A LITTLE FURTHER. YOU’LL BE AMAZED WHERE IT TAKES YOU.